Dreamscapes, Episode 2 of SOLOs, premieres this Friday, Dec. 4 at 7:30 PM on BCTV and BCTV’s “Hooker-Dunham Presents” channel on YouTube. Immediately after the Premiere, viewers are invited to join cast, directors, and the videographer for a live “After Party” via Zoom. (Links to the premiere and the Zoom “After Party” may be requested by emailing the Hooker-Dunham Theater at info@HookerDunham.org.) There is no charge for either event. 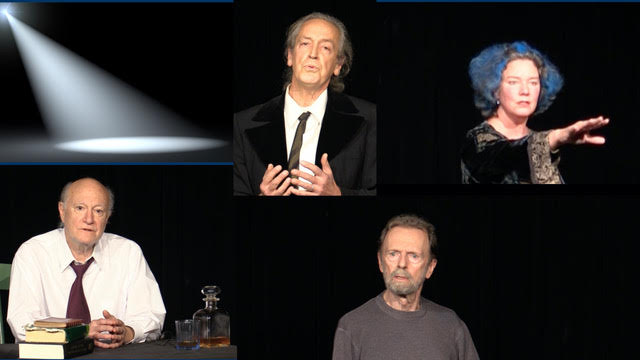 A co-production of the Hooker-Dunham Theater and the Rock River Players, the SOLOs series aims to provide quality theatrical entertainment while maintaining social distancing protocols during the pandemic.

Dreamscapes is a set of four solo performances filmed on the Hooker-Dunham stage of classic and contemporary monologues that center around sleep and dreams.

In Michael Kennedy’s “Shakespeare on Sleep,” a compilation of monologues from Macbeth, Henry IV, The Tempest, Hamlet, and the Sonnets, Shakespeare’s characters struggle to sleep for fear of what dreams may come.

Adrienne Major’s as Prospero in Shakespeare’s The Tempest must renounce the magical powers she has used to bewitch and enchant if she is to attain freedom and redemption.

Much more is in the pipeline: Bill Forchion is filming “Spirit dance: a conversation with the ancestor” — a shamanic journey of hurting, healing and hoping. Travis Laplante, a frequent contributor of solo saxophone performances at Yellow Barn in Putney, is also putting together a SOLOs episode. Many of our area’s most talented performers and directors are developing both classical and original monologues for future shows.

For free links to the Premiere and the After Party, email info@HookerDunham.org. More information is available on the Hooker-Dunham (www.hookerdunham.org) and Rock River Players (www.rockriverplayers.org) websites. 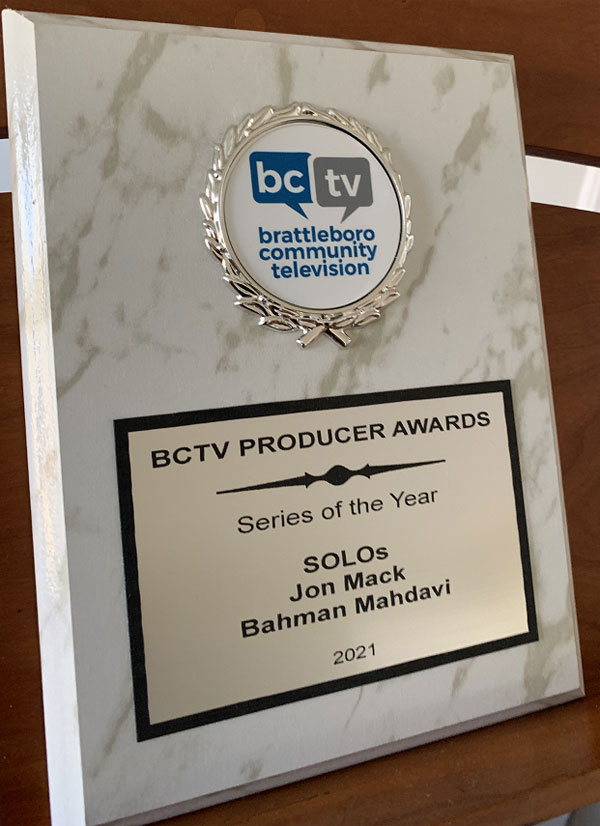