WILLIAMSVILLE – Rock River Players present an Evening of One Acts Friday and Saturday, June 3 and 4 at 7 and Sunday, June 5 at 3 at the Williamsville Hall, Main Street, Williamsville.

The line up includes original works by local authors and a popular one-act by David Ives.

Players’ co-producer Bahman Mahdavi directs “Mind Like a Dog” by Marlboro writer, Vincent Panella: “”It’s as if he never died!” exclaims Claire to her sister, Ophelia. She’s talking about Alex, the husband whose hip replacement hardware was returned with his ashes. Claire soon learns that Alex’s “hip” can speak, and the comic possibilities are fully exploited as well as transformed into a tale of grieving and jealousy, love and marriage,” Panella explains.

Players’ newcomer Pamela Corkey directs “The Philadelphia” by David Ives and “Here, Gus,” by Jennifer Jasper of Bennington, formerly of Seattle. Of the former, she says, “A quantum anomaly afflicts a couple of average Joes at a diner resulting in an inadvertent cheesesteak” and of the latter: “a woman packs up her recently deceased father’s apartment and must contend with his favorite, a dog. They are not close.”

An experienced film director and writer, Corkey brings her storytelling skills from the screen to the stage. “I’m delighted to have my theatrical directing debut with the Players. I hope audiences connect with the playful exploration of expectations, both foiled and fulfilled, reflected in these two short plays.”

Rock River Players’ Sue Kelly [Nickel and Dimed] has written and directed “Strangers” for the Players’ spring production. A semi-retired veterinarian, Kelly notes that she’s heard the advice: “Write what you know,” but in “Strangers,” she says, “I did the opposite. Sitting back and listening to two imagined characters, I was able to capture an unusual conversation. Somehow, that worked!”

Veteran RRP player and director [Nickel and Dimed] , John Moran, directs “Drive-in” by Brattleboro’s Robert Cullianne, a one-act play demonstrating that in life and therapy not everything is as it appears to be. 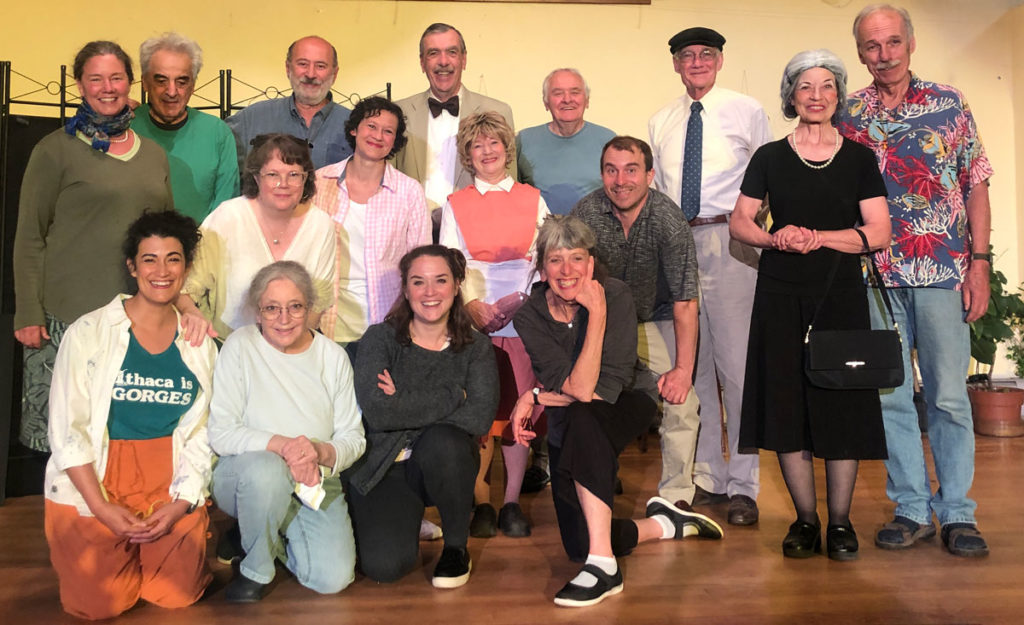 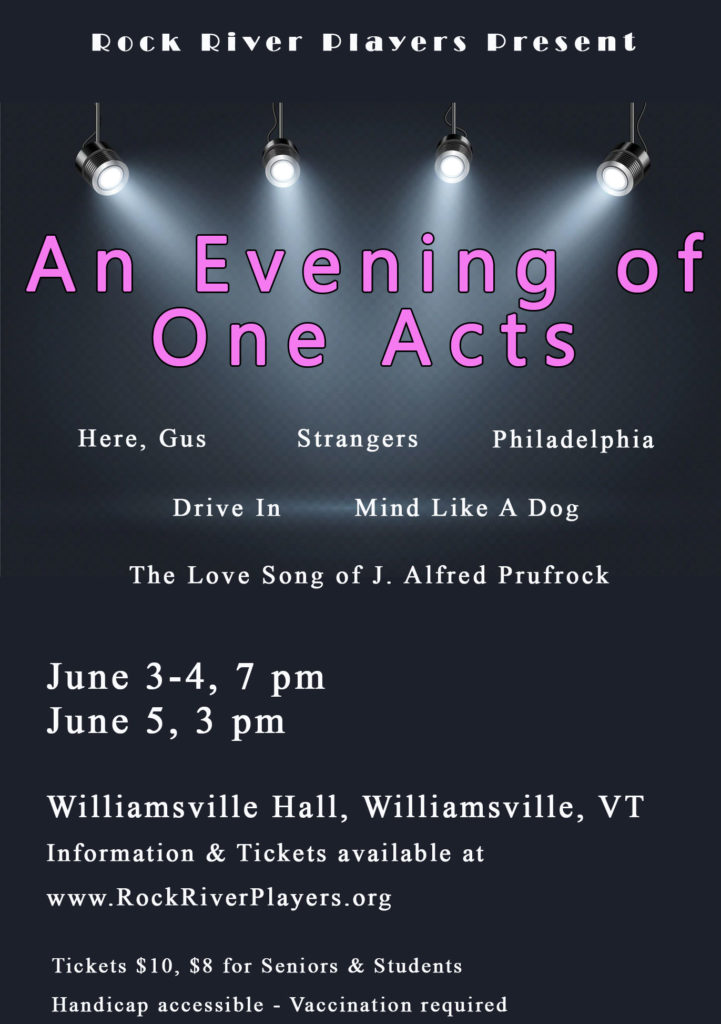