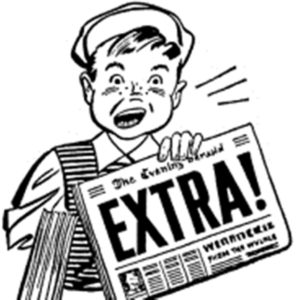 WILLIAMSVILLE – Rock River Players host open auditions for a May production of The Front Page by Ben Hecht and Charles MacArthur at the Williamsville Hall on Tuesday November 5 and Wednesday November 6, from 5pm to 8pm. All interested should attend at least half of either session.

Set in 1928 Chicago, The Front Page is a locomotive of a period–yet timely–comedy that whirls in a world of yellow journalism, corrupt politicians and assorted silliness, with rapid-fire, streetwise dialogue. Originally written for the stage by two former Chicago reporters, there have been many film adaptations of the play, notably The Front Page (1931 and 1974) and His Girl Friday (1940). The play was revived on Broadway with a star-studded cast led by Nathan Lane in 2016.

The original script is available at http://webwerk.com/pdf/FP.pdf.

The Rock River Players will be doing this version with the 2016 modifications.