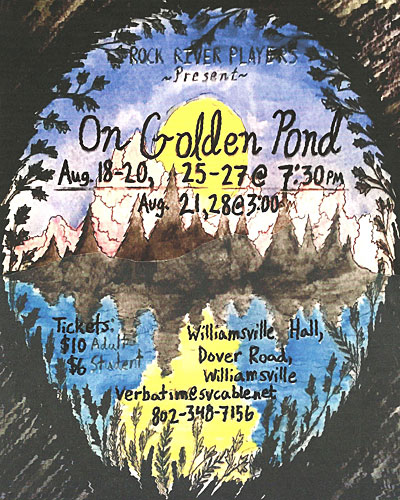 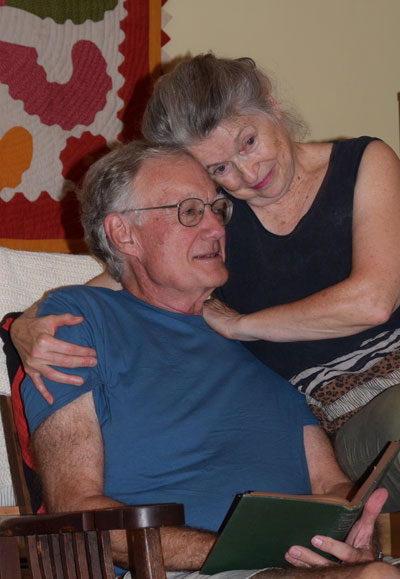 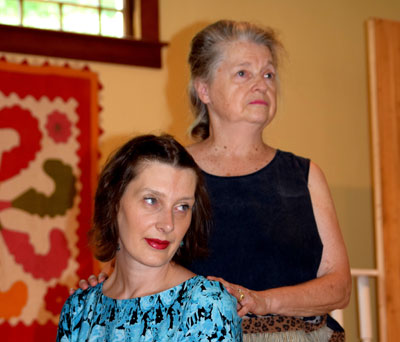 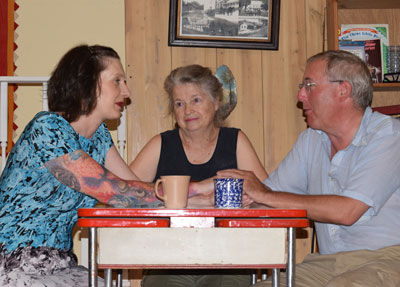 WILLIAMSVILLE – The Rock River Players present On Golden Pond by Ernest Thompson at the Williamsville Hall, diagonally across from The Eatery on Dover Road, Williamsville.

On Golden Pond is a beautiful love story—ageless and optimistic– of Ethel [Debbi Reed-Savory] and Norman Thayer [Stewart McDermet], who are returning to their summer home on Golden Pond for the forty-eighth year. A retired English professor, Norman is nearly eighty, with heart palpitations and a failing memory—but still as acerbic, sharp, and eager for life as ever. Ethel, ten years younger–and the perfect foil for Norman–delights in the little things that enrich their long life together.

They are visited by their divorced, middle-aged daughter, Chelsea [Sara Vitale] and her dentist fiancé, Bill Ray [Jeff Connor], who then go off to Europe, leaving his teenage son [Alex Bashay] behind with Ethel and Norman for the summer. The boy quickly becomes the “grandchild” the elderly couple have longed for, and as Norman revels in taking his ward fishing and thrusting good literature at him, he learns some lessons about modern teenage awareness—and slang—in return. As the summer wanes, Ethel and Norman realize the enduring strength of their love and look forward to the future, just as they’ve lived the past, together. The passage of time could highlight what’s in front of us to cherish today. As Norman says, “Golden Pond is near, wherever we are.”

Tickets are $10 for adults and $6 for students and seniors. For more information write verbatim@svcable.net and to reserve in advance call 802-348-7156.

Tickets are $10 for adults and $6 for students and seniors. The venue is Williamsville Hall on Dover Road in Williamsville.

For more information write verbatim@svcable.net and to reserve in advance call 802-348-7156.

The Rock River Players launched last August with Our Town and produced You Can’t Take It With You in May. On Golden Pond celebrates the first anniversary of the Rock River Players with expansion of its pool of directors, establishment of an organizational structure, and plans for a four-production season interspersed with open readings of various plays. As the group grows, so will the need for more actors, designers, crew, committee members, producers, publicists, directors. To learn more about becoming involved, contact co-chair, Annie Landenberger, verbatim@svcable.net.